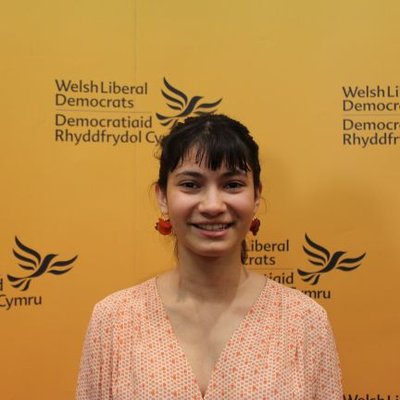 If there is one thing the Tories are great at, it's scaremongering, and today marks a landmark victory for any party in opposition to the Tories. After weeks of Boris Johnson telling the privileged few who can vote for the next Prime Minister of the United Kingdom that he would be prepared to suspend Parliament in order to deliver Brexit, today's vote has made this just another Tory pipe dream.

With a majority of 41 votes, a key amendment was passed that blocks the suspension of Parliament between October 9 and December 18, unless a Northern Irish Executive is formed. With the current government in sizeable disarray, as well as Parliament rising for the summer, I cannot see this executive ever forming.

So what role have the Liberal Democrats played in this important vote? All of our MP's were there at the vote and were all united in voting for the amendment. We, as a party, have been pivotal in founding and maintaining the so-called 'Remain Alliance', an example of of what can be accomplished with cross-party work. It is the liberal way and is something I wholeheartedly welcome.

However, we are still living in so much uncertainty and today's vote increases the threat of an Autumn snap general election, in which the Tories will make another poor attempt at getting a mandate to deliver on their fracturing promises. I'm proud to say that I, along with Carmarthenshire Liberal Democrats, am ready to demand better for our constituencies. Brexit is not irreversible, especially when the Tories officially lose their mandate.

Together we can stop Brexit and get back to talking about the issues facing our area, from water pollution and flooding to inadequate hospital services and struggling local independent businesses. I will be fighting for my constituency. Join me and join the Liberal Democrats. Together we can demand better for Carmarthenshire.

The list of candidates includes past Parliamentary candidates and hard-working community activists from across Wales.

The Welsh Liberal Democrats will fight the elections as an unapologetically pro-European Party campaigning hard for People's Vote with an option to remain in the EU.

From local communities to the EU institutions, Welsh Liberal Democrats are determined to give a voice to the millions of people who demand better than Brexit Britain.

We will fight these elections on a clear message: a Liberal Democrat vote is a vote to stop Brexit.

We’ve led the campaign in Wales for a People’s Vote for nearly three years because we know the best deal for Wales is the deal we already have as a full member of the EU. These excellent candidates are the right people to take this message to every corner of Wales.

The choice is clear, a vote for the Welsh Liberal Democrats will send a clear message to the Government for remain. Don’t allow your vote to be used to justify anything but support for remain.

Only voting Welsh Liberal Democrats offers clear support for remain and remain only.

The Welsh Liberal Democrat European Election Candidates are as follows:

Sam was born in Reading in 1990 and moved from Reading to Aberystwyth to study European Politics in 2008.

In 2012 Sam graduated from Aberystwyth University with a Masters in European Politics and moved to Brecon to work in Campaigns and Communications for the then leader and deputy leaders respectively Kirsty Williams AM and Roger Williams (then MP).

In 2016 Sam moved to Swansea to work for Swansea University international development office, working to recruit international students, and support the exchange programmes specifically with Erasmus.

This later became a permanent role working for Swansea University Medical School in Marketing as Digital Lead for the School.

In 2015 Sam was elected to Brecon Town Council in a by-election and was re-elected in 2017.

Donna Lalek is a qualified lawyer and teacher from Broughton. Donna has lived in North Wales almost all her life. Donna is a qualified barrister and since 2009 has worked in numerous roles for a major bank.

Donna is a dedicated campaigner who passionately believes that the people of Wales are best served by remaining in the European Union. Donna seeks to heal the divisions that Brexit has created and to ensure all viewpoints are considered and the rights of every individual are protected.

The fight to get a People Vote is not over yet. On March 23rd 2019 we will once again be taking to the streets of London to March on Parliament to demand that the people have the final say. Please join us on the bus travelling up from Carmarthenshire to the march in London and back.

Brexit, its not a done deal

Over the summer, Carmarthenshire Lib Dems have been out in force talking to people across the county about their hopes and fears for Brexit. It is clear that the majority are unhappy with the way the Brexit negotiations have been going and it will only get worse as we face the very real prospect of No-deal crash out of the EU.

Unpopular Business Rates would be replaced by a Commercial Land Levy, paid by land owners, not businesses.

Is Loneliness the new BLIGHT on our SOCIETY ?

“The most terrible poverty is loneliness, and the feeling of being unloved” - Mother Teresa

People of all ages, living in towns and villages across the country feel lonely. It is as bad for your health as drinking, smoking or being overweight, but is an issue neglected by society. Welsh Liberal Democrat leader, Jane Dodds has been tirelessly campaigning for action to tackle the causes of loneliness, which afflicts many of us in Wales.

Join the Liberal Democrats today from as little as £1 a month and help us demand better for our future.

We believe that Britain is better off in the EU. That's why we're fighting for an Exit from Brexit.